In November 2021, double Olympic Tornado gold medalists, Roman Hagara and Hans-Peter Steinacher were the first GC32 sailors to be inducted into the GC32 Class ‘Hall of Fame’.

Red Bull Sailing’s 2021 season in the GC32 Racing Tour came to an emotional and joyous conclusion in Mar Menor, Spain for Sailing legends Roman and Hans-Peter; the sailing stars capped off their competitive careers by finishing on the podium as well as being inducted into the GC32 Class Hall of Fame – the first sailors to be awarded this status.

Best of luck to Roman and Hans-Peter for the future! 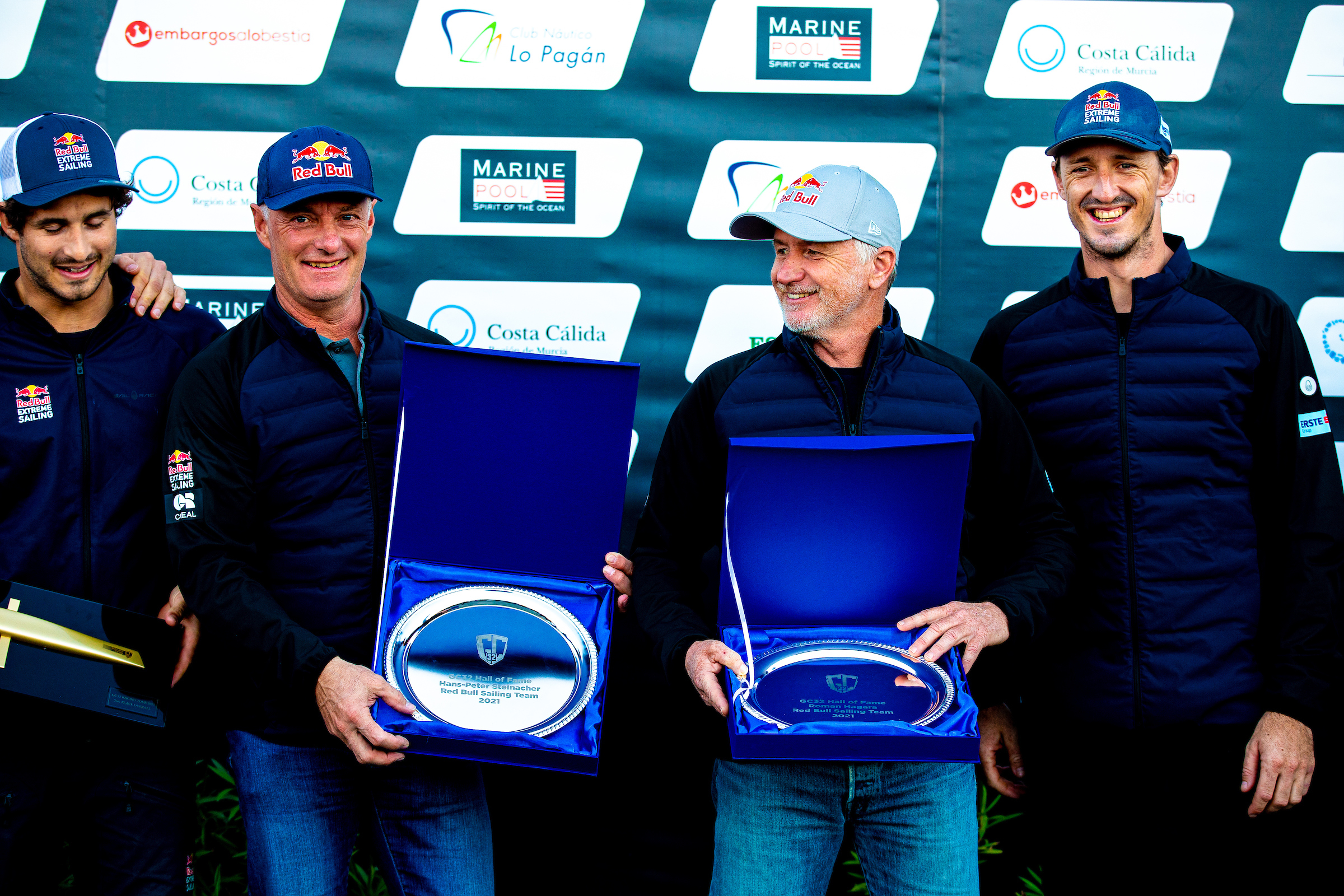